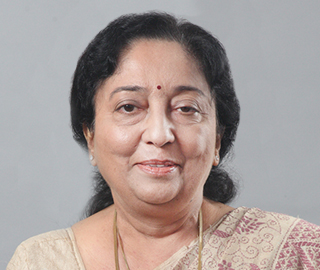 Ms. Sharma holds a Master’s Degree in Science from Delhi University. She joined the Life Insurance Corporation (“LIC”) as a Direct Recruit Officer of the 11th batch in 1981 and presently its Managing Director, which role she is performing since 11th April 2017.

Ms. Sharma is on the Board of The National Stock Exchange of India Limited.