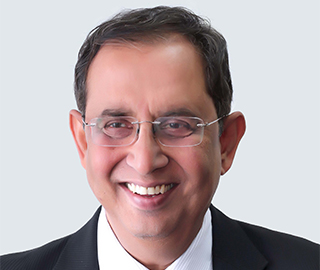 A Civil Engineering graduate from IIT Kharagpur and a Post Graduate in Business Management from XLRI, Jamshedpur, prior to joining L&T, Mr. Sen worked for 12 years with reputed companies like M/s. Tata Steel, Jamshedpur, M/s. Development Consultants, Kolkata and was involved in a turnkey EPC Transmission line project in Malaysia.

Driven by a passion to succeed and possessing the requisite talent, Mr. Sen steadily rose up the ranks and during this period he led several marquee projects that underscored L&T’s standing as ‘a builder of nations’. The most notable amongst which was the highly complex, mega Mumbai International Airport project. As Project Director from 2007 to 2011, he oversaw its most critical phase and was chiefly instrumental in paving the way to deliver a world-class airport in time.

He has played a very prominent role in establishing L&T in the GCC Countries by securing several landmark projects, notable among which are the Mafraq - Ghweifat Road Project, the Abu Dhabi International Airport, the Roads & Transport Authority(RTA) projects of R1028 & R1048 package 1 & 5 in UAE, the Al Wakrah Road Project & LRDP Pkg 4 in Qatar, Batinah & Bidbid Sur Road Projects in Oman. Under his leadership, L&T bagged its first Railways job in the Kingdom of Saudi Arabia, and secured many urban infra development projects in Qatar, Oman & UAE.